my birthday was february 26th! which was a thursday, which was my day off until march started, which worked out perfectly. I had a raspberry-chocolate mousse cake from a french bakery i used to go to every week, but haven't been to in years. 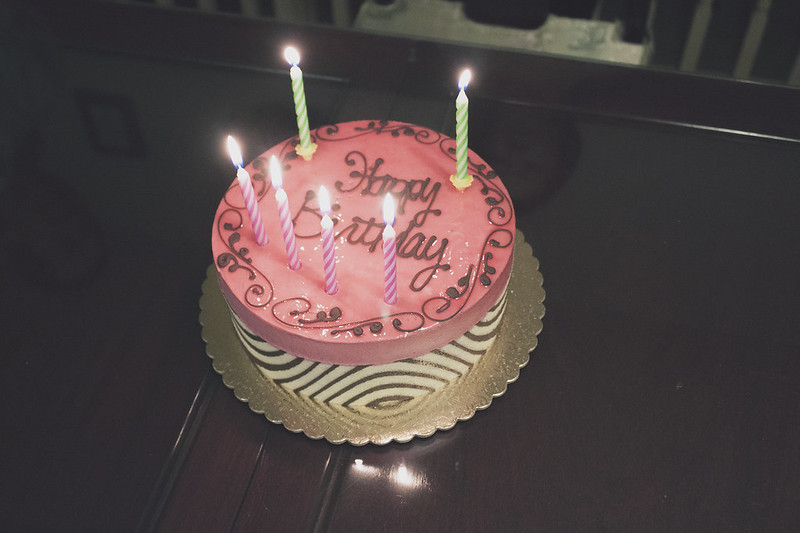 usually I photograph all the birthdays and stuff in my family, but since it was my birthday my mother was in charge of pictures. she's never used a dslr, though. she used a digital camera to photograph her finished pieces back back when she was still making jewelry (about ten to twelve years ago?), and she used an slr for a few years after I was born, and other than that, just her camera phone. so she was pretty confused on camera operation. 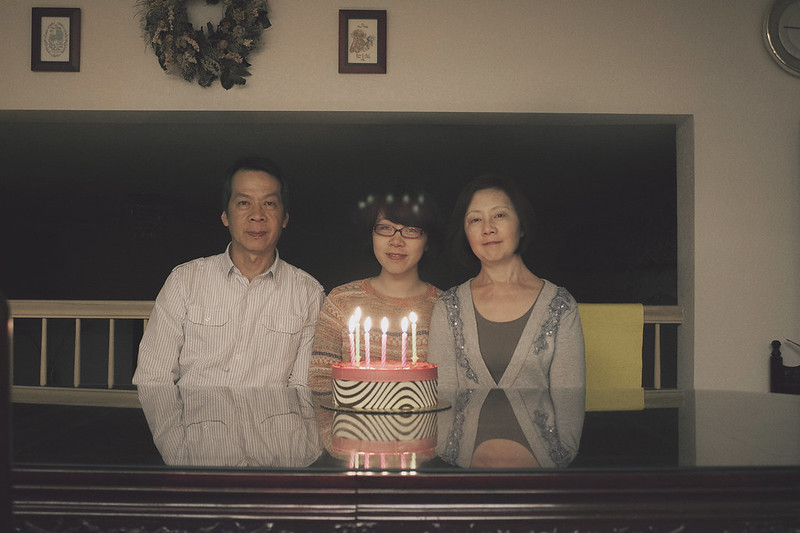 I set up the self-timer for the group pics, We took two sets of three (we always do three quick ones in a row so that even if someone blinks we'll get at least one good shot), but in the first set, the reflections from the candles were up my nose, haha. I like this second set because it looks like I'm wearing a glowing crown. * v * 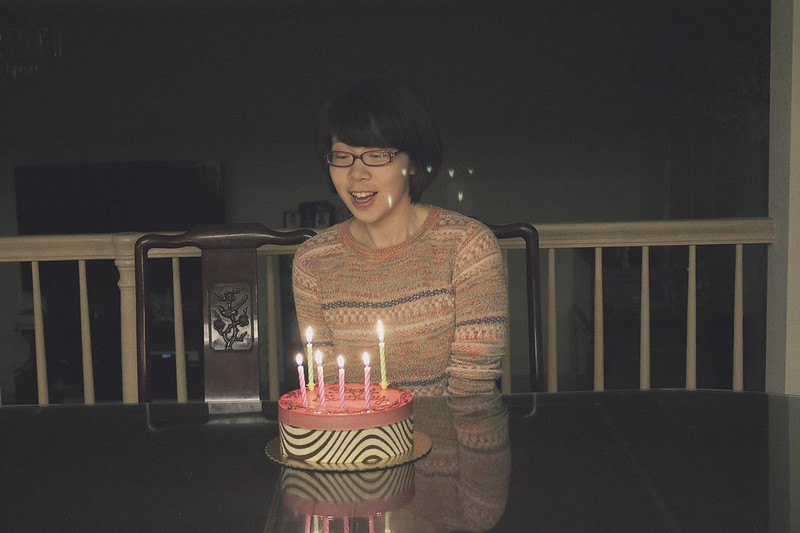 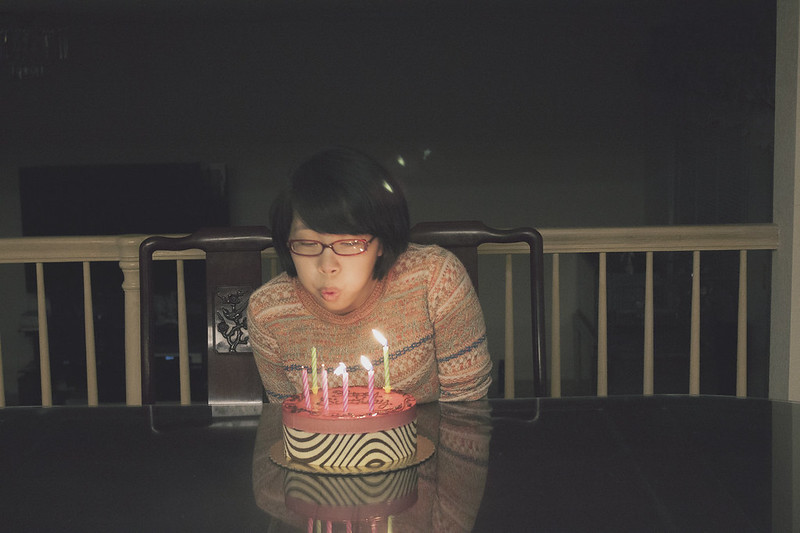 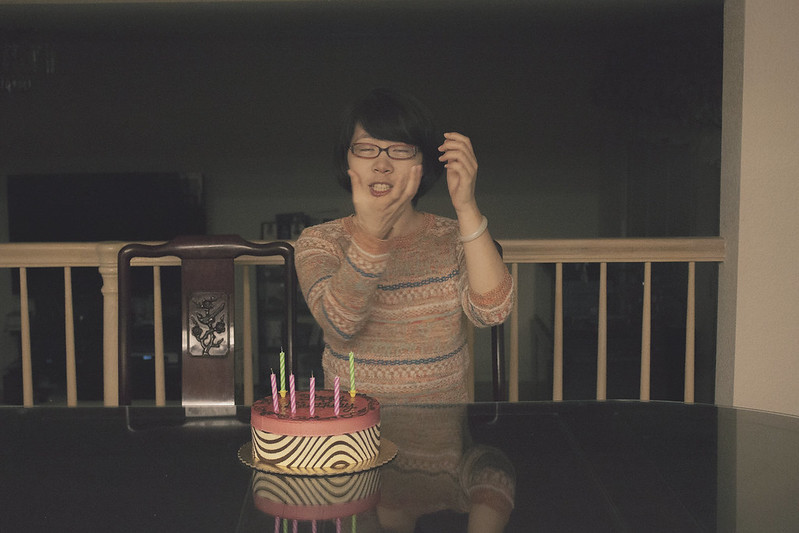 that last picture is now my facebook photo. it's me trying to explain to my mother how to zoom in and out. you'll notice that the candles are burned out in that photo; we had to have a do-over of the candle blowing because my mother failed to press the shutter button all the way down the first time around.

apologies for the lack of posts thus far in march; it's turning out to be such a busy month for me. I have deadlines for freelance stuff coming up soon, but I haven't had the time or energy to work on any freelance projects because we are so swamped at work. everyone's been doing a lot of overtime, trying to clear out our backlog of orders. we're supposed to have a 24-hr turnaround rate for getting proofs to customers, but we've been late on everything for the past couple of weeks. it sucks because once we get behind, we stay behind for a while because then the new orders coming in won't get worked on since we're still dealing with late orders.

and aside from that, i've also been working on becoming an Actual Professional Designer with business cards and a website and everything. my business cards shipped out yesterday, and my website...well, it's up, but there isn't much content yet. I'll share the link once it's ready. :)

so yeah, once I get finished with all my march to-do's, i'm planning to get myself something extra special as a reward......I've already got it all ready in my shopping cart, but I want to surprise my loyal few blog readers, so I won't share what it is just yet. c;
\ \ 01:47
/ / food, life is happy, special occasions